The church towers of Muenster are a symbol of the city. Not only do they make their mark on the unmistakable skyline, the churches are also lively centres where people meet and a worthwhile destination for visitors with an interest in religion and art history.

Muenster is an Episcopal see and a cathedral city. Important negotiations took place in the City of the Treaty of Westphalia which ultimately put an end to the Thirty Years War in Europe in 1648. The city has taken an active stand for tolerance and dialogue since then.

The visit to one of the numerous churches in the city is an art and art history interesting excursion back in time through the more than 1200-year history of the city. Last but not least, the places of worship for the most diverse religions extend an invitation as places of peace and quiet, prayer and to meet.

Place of worship and treasury

Baroque outside, Romantic inside 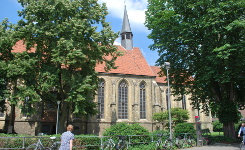 A baroque gem in the city 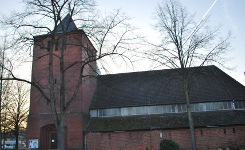 Once an emergency church – now listed 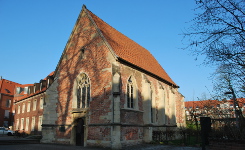 Gothic chapel as an ecumenical centre 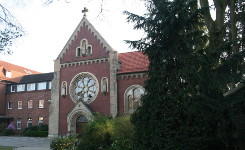 Monastery church in the north of Muenster 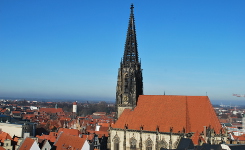 The Lord’s house beyond the Aa river 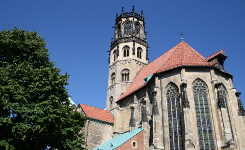 Contemplation at the edge of the shopping hustle and bustle 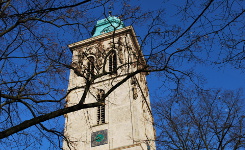 The first youth church in the Muenster diocese 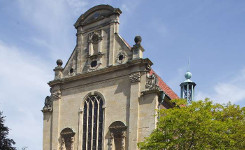 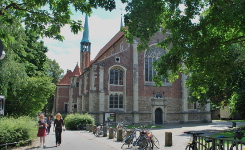 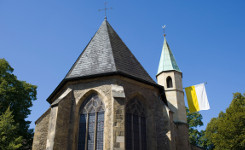 A place of silence 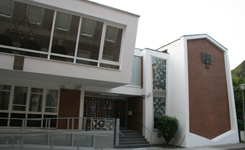 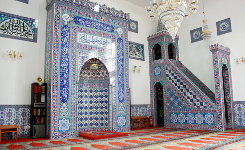